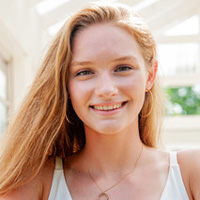 Grace Kemmerly will graduate from Maggie Walker Governor’s School in June and will attend Miami University to study Zoology. During the summers, Kemmerly participated in mission trips through her church, worked with students at the Goochland STEM Camp and coached children on the Charter Colony Swim Team. Her high school interests include robotics, competitive swimming, the Young Libertarians and membership in five honor societies, while also working as a lifeguard and swim coach at the YMCA. 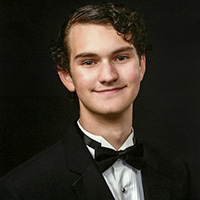 Elijah Smith will attend Dartmouth College in New Hampshire following his graduation from Bruton High School. Smith, a captain and team leader of his cross country and track teams, also plays guitar and mandolin at church, school and in the community, and works at the William & Mary Bookstore. He served as an intern in a Virginia delegate campaign and founded the Teen Coalition for the Climate. Smith was a delegate at Model United Nations and received outstanding recognition as an AP physics and AP European history student. 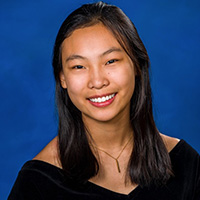 Esther Sun is headed to the University of Virginia after graduating from Tabb High School. A love for science and an award winner at many local science fairs over the years has led her to seek a degree in biochemistry. While on the Board of the Student Council, Sun also played varsity volleyball and tutored math students as part of her membership in Mu Alpha Theta. Sun is very involved in her local church youth group, serving through Vacation Bible School and founding the Good News Club that reaches elementary school children in the community. 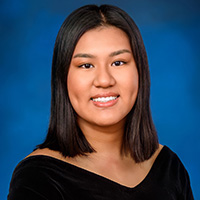 Jennifer Zhang will attend Massachusetts Institute of Technology working toward a Bachelor of Science degree. A leader in the York County Youth Commission, Zhang has also served the community through volunteering with the Virginia Peninsula Foodbank and Thrive Peninsula, the Poquoson and Tabb Libraries, and on a local political campaign. As a well-rounded student, Zhang is on the swim team, the debate club, three honor societies, and she has won numerous science fair awards. She also founded a club that mentors students in academics and encourages them to volunteer in their neighborhoods.

Langley Federal Credit Union has a long history of community involvement and charitable giving dating back to the founding of the credit union in the 1930's. With a commitment to making a difference in the communities it serves, Langley for Families Foundation was launched in 2014 to support causes and charities benefiting children and families.

Langley Federal Credit Union is a federally-chartered credit union, regulated and insured by the National Credit Union Administration. Langley Federal Credit Union serves more than 285,000 members and has more than $3.6 billion in assets, ranking the financial cooperative as one of the 100 largest credit unions in the country. Langley is a full service financial institution where everyone can save, borrow, and spend wisely. Located in Hampton Roads, Langley has 19 branches and more than 55,000 surcharge-free ATMs throughout the region. For more information, visit www.langleyfcu.org.