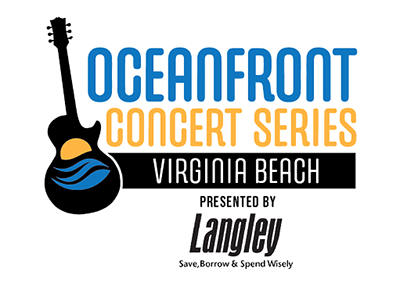 About Virginia Beach Events:
Beach Events is the entertainment program presented by the City of Virginia Beach, featuring concerts, festivals, and family activities held at the oceanfront resort area. A full array of events, ranging from the Monsters on the Beach monster truck races to a whole festival with tribute bands in June to a holiday light display along the boardwalk means there's truly "something for everyone!"

Beginning in May, through Labor Day Weekend. the wildly-popular Live! On Atlantic program thrills audiences right on the sidewalks of Atlantic Avenue with magicians, jugglers, musicians, costumed characters, and more! When it comes to entertainment, "all the world's a stage" most nights at the Virginia Beach oceanfront, and most of it is FREE!

Concert line-ups are subject to change.

The Virginia Beach Oceanfront Concert Series is presented by Langley Federal Credit Union and the City of Virginia Beach, and produced by IMGoing.