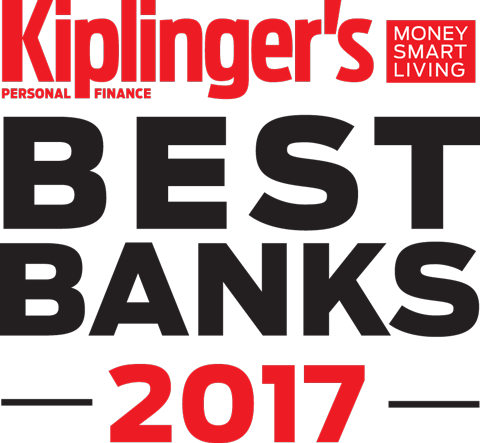 Langley Federal Credit Union was ranked Best Credit Union in the nation by Kiplinger's Personal Finance's first-ever rankings of the Best Banks in the U.S. Langley was also ranked second for the 2017 Best Bank for Millennials. To identify the best of the best, the magazine made their selections among national banks, nationally available credit unions and internet banks, plus the best bank in each of four regions, as well as the top and runner-up institutions in a number of personalized categories.

"We are extremely proud to be recognized as the Best Credit Union in the United States," stated Langley President/CEO Tom Ryan. "Our dedicated Langley team works extremely hard to serve our membership and make this possible. It's an exciting milestone and we are grateful for being recognized."

"While banks are on a mission to cut costs and raise revenues—with customers getting caught in the crossfire—some institutions are making all the right moves to win satisfied customers, and we're proud to say we were able to name them in our first-ever Best Banks list," said Kiplinger's editor Janet Bodnar. "One of the most important, personal decisions consumers make is where to keep their money. Since situations vary, our goal is to help people make informed choices for themselves and their families."

The editors at Kiplinger's Personal Finance used data from Moebs Services, a Lake Forest, Ill., economic research firm, to rank national and regional banks and thrifts, credit unions, and internet banks. The process to select the best started with all 11,831 U.S. depositories as of year-end 2016. To identify the soundest financial institutions, the list was screened for asset size, excess fees, high expenses and sufficient capital. For each specific customer profile, the editors started with top financial institutions identified by the Moebs rankings and then added their own research and judgment to find banks, thrifts and credit unions with accounts and features most appealing to each group.

The complete rankings are now available online at Kiplinger.com, along with in-depth profiles of the selected institutions. The ranking will be available in print in the July 2017 issue of the magazine.